The Horn of Africa is the easternmost extent of the African continent and is usually defined as the region containing the countries of Djibouti, Eritrea, Ethiopia and Somalia (and Somaliland), whose cultures have been linked throughout their long history. In total, the Horn of Africa is estimated to cover over 2 million square kilometers, most of which have a semi-arid to arid climate. Despite the difficult living conditions in many parts of the region, the latest estimates put the population at around 90 million people. This unique journey travels from Addis Ababa to Somaliland and Djibouti, two little-known destinations that have the potential to become major adventure destinations in the future. You will be surprised by the variety of landscapes, the many different attractions, and the friendliness of the people you will meet in this fascinating region.

You will be met by our representative at the airport and taken to your hotel for an early check-in. After you have rest at the hotel, we drive to Somaliland Embassy in Addis Ababa and collect your Somaliland entry visa. Please note that you must already apply for your Djibouti visa at the Djibouti embassy in your home country. Sometime today we should be able to taste Ethiopia’s “Black Gold” because it’s impossible to separate Ethiopia from coffee, and this is the country with arguably the best Arabica coffee. According to legend, it was discovered by an Ethiopian shepherd boy and his goats sometime in the sixth century. 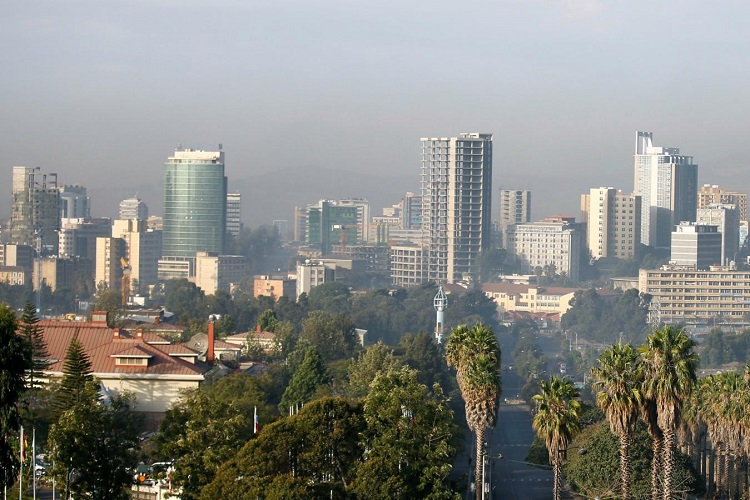 Although not well known outside the country, the Ethiopian National Museum is a truly hidden gem! The most famous exhibit is the replica of Lucy, one of the oldest hominids ever discovered, but the museum offers much more. As the Ethiopian civilization is one of the oldest in the world, the exhibits span thousands of years, including some from the earliest days. During our visit we will see a wide variety of artifacts, from sculptures to clothing to works of art. There are many exhibitions about the different ethnic groups with information about their way of life. A large number of ethnic garments, instruments, tools and other artifacts accompany each ethnic exhibition, making it one of the most interesting museums in Ethiopia. We also visit the Holy Trinity Cathedral, one of the most important places of worship in Ethiopia and the final resting place of Emperor Haile Selassie. 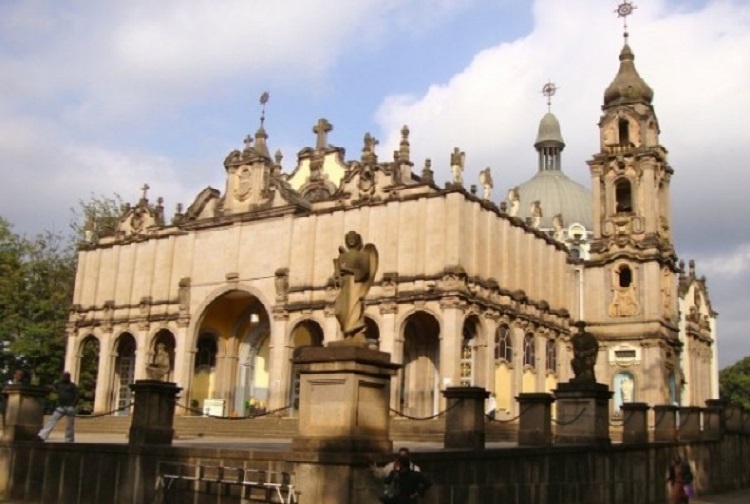 The Republic of Somaliland is a self-declared state that is internationally recognized as the autonomous region of Somalia. Local authorities declared the region’s independence from the rest of Somalia in May 1991, but neither the Somali federal government nor any other country or international organization has recognized the region’s sovereignty. The area is considered to be much safer than most of its East African neighbors. The local government is very keen to demonstrate its stability and accordingly foreigners are generally treated with respect and interest. This is a truly unique travel experience, off the beaten track and in a “land” that doesn’t even exist! We arrive in Hargeisa and are transferred to our hotel. We spend the afternoon exploring the city and visiting some of its attractions including the unusual war memorial to a downed fighter plane and the Gold and Camel Market. 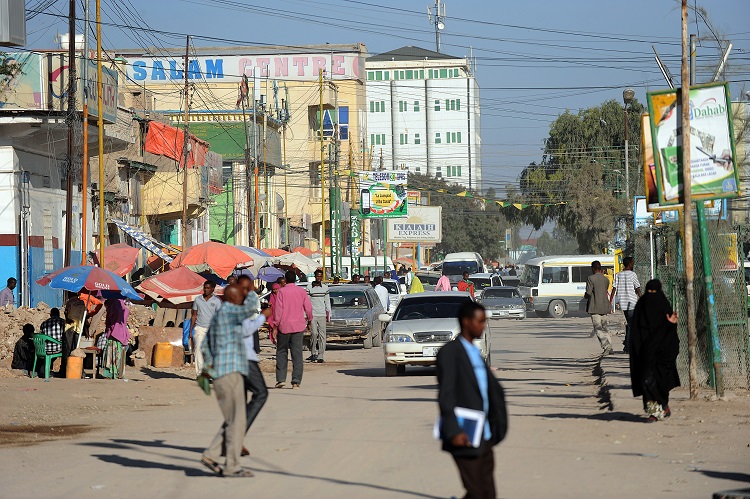 Today we drive to Berbera on a well paved and busy road. On the way we stop in Laas Geel. Laas Geel are cave formations containing some of the earliest known cave paintings in the Horn of Africa. The exact dating has proven to be somehow tricky but it is estimated that the rock carvings in Laas Geel date between 9’000- and 3’000-years BC. The site is located on a granite rock rising on a plateau at 950 m above sea level at the confluence of two seasonal rivers, which is an important explanation for the existence of the rock carvings in this area. Even today, the site’s name (“Camel Well” in Somali) refers to the availability of water near the surface of the wadi. The paintings at Laas Geel are spread over 20 shelters divided into three levels, some of which can be up to 10m wide and 5m deep. All shelters and paintings are within walking distance of each other. The paintings in Laas Geel depict scenes from the daily life of the nomads who inhabited the area and their animals, as well as ceremonial scenes. Some of the paintings are monochromatic, others multicolored, but they are all remarkably well preserved and vibrant for something thousands of years old. The colors used are warm, either red, yellow or orange. After visiting the site, we continue to Berbera with its interesting architecture from Ottoman and British times. Berbera is a coastal city that serves as Somaliland’s largest seaport, with clean and pristine beaches on the Gulf of Aden. Tonight, you can taste some of the seafood that the city is famous for. 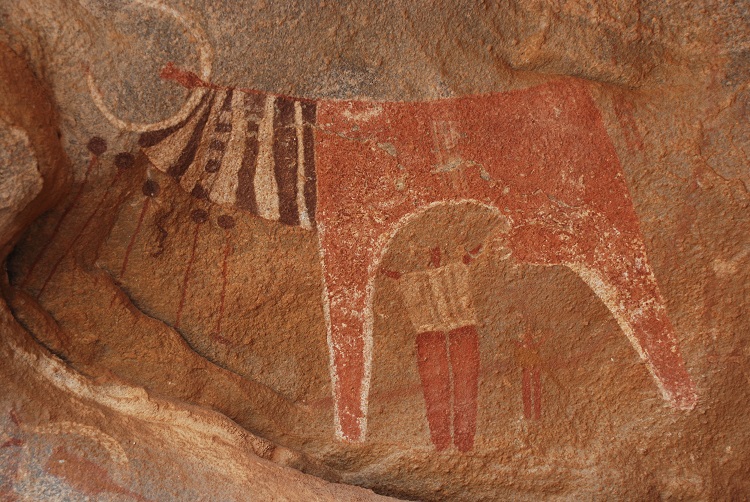 We spend the morning exploring Berbera, especially the old quarter. In ancient times, Berbera was part of a chain of trading port cities along the Somali seacoast. In the early modern period, Berbera was the most important trading center in the entire Horn of Africa. It later served as the capital of the British Somaliland Protectorate from 1884 to 1941 when it was replaced by Hargeisa. It’s hard to believe, but Berbera was once a bustling town. Located on the Gulf of Aden across from Yemen, it has been a center of maritime trade since ancient times. Today, the shady city consists mostly of dilapidated buildings and adobe houses with thatched roofs. However, Berbera has immense potential, with stunning beaches and a laid-back vibe. If Somaliland is one day in the tourist brochures, Berbera will probably be at the top of the list. After a lunch break, we return to Hargeisa by road. 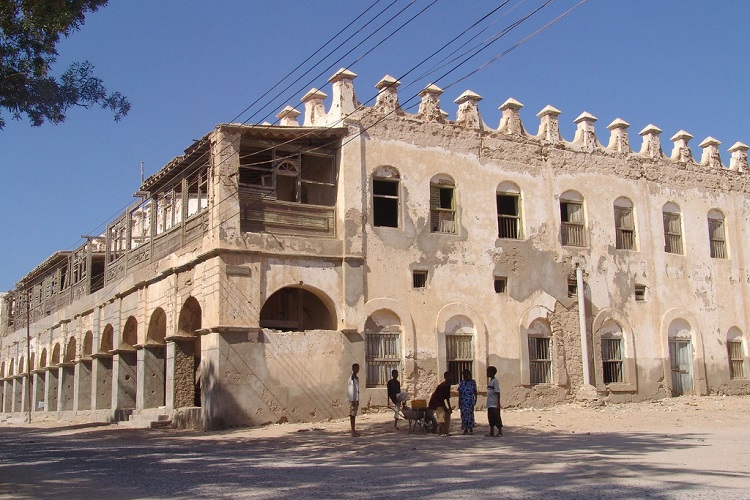 Today we drive from Hargeisa to Djibouti City. Djibouti City is the capital and largest city of Djibouti and is located in the coastal region on the Gulf of Tadjoura. Depending on the arrival time, we can start our Djibouti city tour upon arrival. 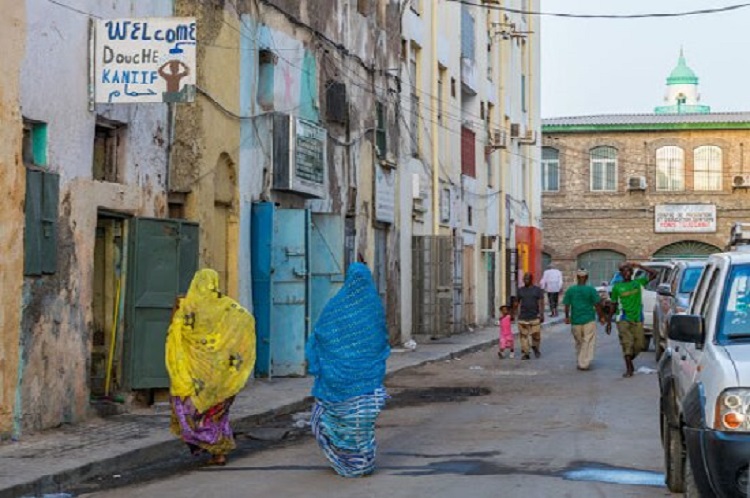 With around 600’000 inhabitants, Djibouti City is home to over 60% of the country’s population. The settlement was founded by the French in 1888 on land leased from the ruling Somali and Afar Sultans. It subsequently served as the capital of French Somaliland and its successor, the French territory of the Afar and Issas. Beneath the facade of urban bustle, the city has remained a down-to-earth place where cultural and social differences are strong. This morning we take a tour of the city visiting the colorful market, the railway station, the main port and the central mosque. Later we drive to Tadjourah, the capital of one of the six regions of Djibouti (about 3 hours). In the afternoon you have free time before having dinner at the hotel. 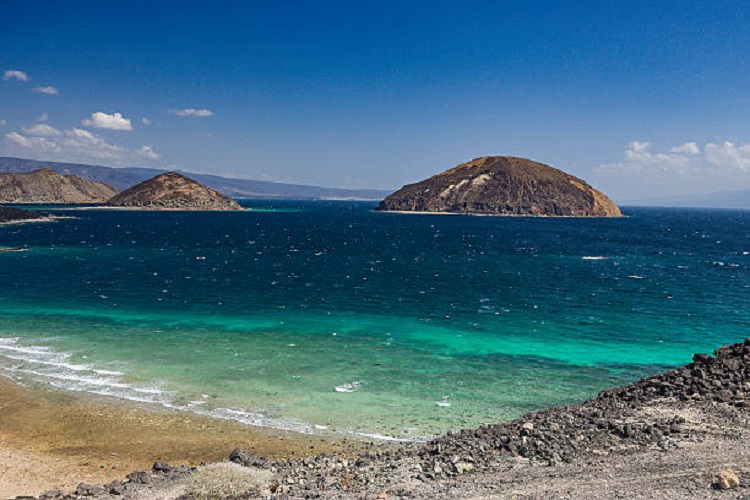 Today we drive southwest on the road to Lake Assal, which is located in the north-central part of Djibouti. Shortly after our departure from the beach area, we make a brief stop at Tadjoura, known as the “White City”. The Sultanate of Tadjoura has many white buildings and is a historic city. French colonization began here when the Sultan gave a piece of land to the French. Soon Djibouti City became the most important city in the country. Nowadays, Tadjoura serves as an important port and fishing site. Lake Assal is a salt Lake lying 155 m below sea level. This makes it the lowest point in Africa and the second deepest land depression on earth after the Dead Sea. The lake is located in the Danakil Desert and is bordered by hills on the west. There is no outflow from the lake, and due to high evaporation, the salinity of the water is ten times sea level, making it the second most saline lake in the world after Don Juan Pond in Antarctica. The salt production by the nomadic tribes of the Afar, camel drivers and Issas from the salt banks of Lake Assal established the old caravan routes. These connected the lake to the mountains of Ethiopia and were used to barter sorghum, coal and other goods. Salt was also traded with southern Abyssinia for coffee, ivory, musk and (historically) also for slaves. It was a source of wealth for the local tribes. After a day of scenic stops and short walks, we continue our journey back to Djibouti City. 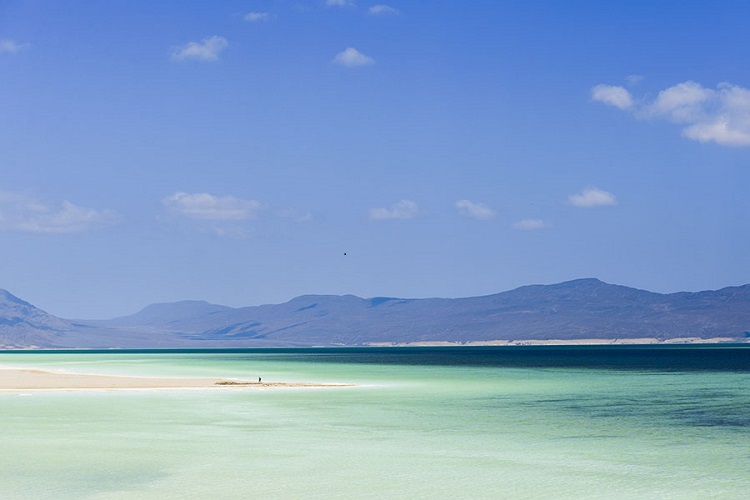 End of the tour in Addis Ababa 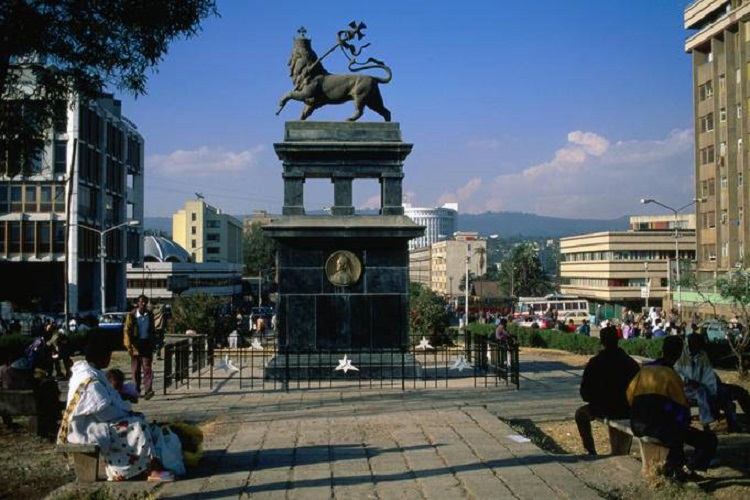