Widely acknowledged as the birthplace of coffee, Ethiopia is highly respected in the specialty coffee industry. Beans from this nation are a staple on coffee shop menus around the world. But why is Ethiopian coffee so well regarded? And how much do you really know about this origin? Ethiopia’s coffee-producing regions are hugely varied, with cup profiles that differ dramatically among each region, micro-region, or even farm. But many are exceptional Arabicas that will have you asking for more. The country is the sixth largest producer of coffee and it is reported that in 2018, the industry directly and indirectly employed up to 20% of Ethiopia’s 100 million population. In 2017, the nation produced approximately 470,000 tons of green coffee, of which it exported roughly 160,000. This means that Ethiopia exports less than half of the coffee it produces. The rest is consumed within the country.
The coffee ritual is a time-honoured tradition that cannot be rushed. The green beans are roasted in a pan over hot coals, pounded with a pestle and mortar, and then brewed in a traditional pot with a narrow spout. It is drunk in a unique and traditional way, the coffee ceremony.  When ready it is served in small cups, up to three per ceremony. The first cup is called Abool, the second Tona, and the third Bereka. This is a social ceremony and lasts at least for half an hour.
Ethiopian coffee is usually produced in a sustainable way, with the majority grown as garden coffee. This means that it is planted by farmers close to their houses and is often intercropped with other plants. It’s also common for producers to grow coffee in a semi-forest system, in which natural forest is modified with slashing of weeds and bushes for shade regulation and coffee seedlings are introduced. Only an estimated 5% of coffee production is on a dedicated plantation in Ethiopia. Both washed and natural processing are common in Ethiopia. Farmers place coffee cherries on a flat surface where they are then dried in the sun. This process normally takes about two to six weeks, and the beans are raked and rotated so that they dry evenly. Once the seeds have dried, they are then removed from the cherry.  The better natural processed coffees maintain the clean citric and floral notes with a touch of added sweetness and body compared to their washed counterparts. When you find one of these, it is not too far off magic. 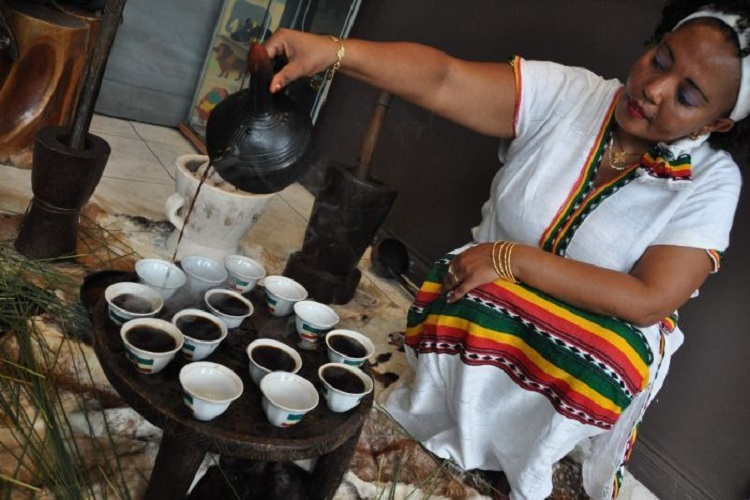 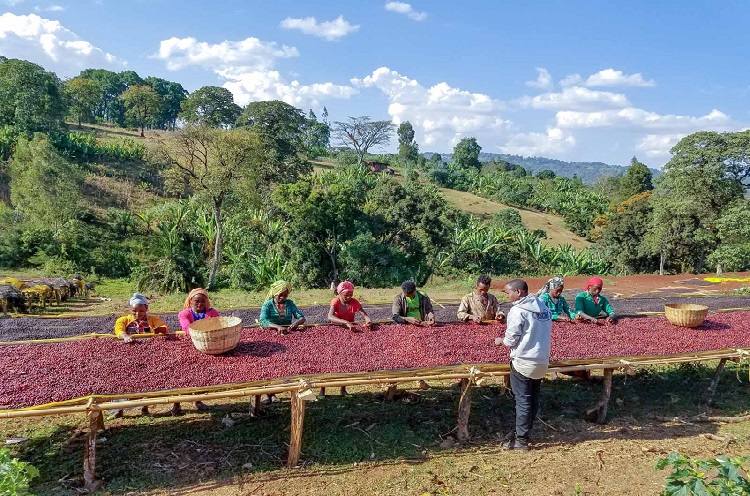