The Ashenda Festival is an annual cultural celebration associated with northern Ethiopia especially the Tigray and Amhara regional states. The girls and young women who the festival is for, adorn themselves in dresses called ‘tilfi’ which is a cotton dress ornamented on the front with amazing embroidery from the neck to toe. They also wear their hair in the braided styles that have been developed for ages and ornament themselves in jewellery and Ashenda grass. The length of festival that usually takes place between August – September, varies from three days to one month depending on where in the region it is; shorter in urban areas, longer in rural areas. Customarily, people give them gifts in form of money, food and drinks. This goes on the entire day and throughout the festival period. To close the celebrations the women and girls convene in a central area to drum, dance, sing and socialize. 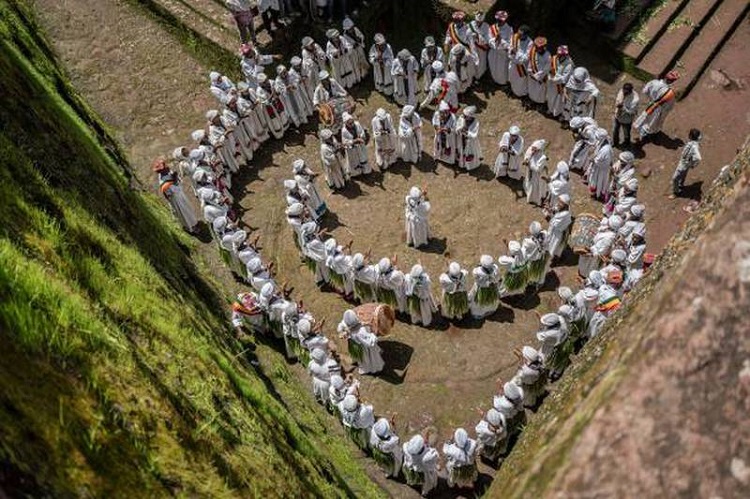 According to Ethiopian Orthodox Christian tradition, the Meskel festival marks the finding of the cross that Jesus was crucified on. Thousands celebrate the eve of the festival, known as Demera, by gathering in Meskel Square in the heart of the capital city, Addis Ababa. Demera, which falls on 26 September, is a colourful occasion, attracting scores of believers in dressed in robes. They are joined by hundreds of priests and deacons from churches around the city, who bring drums and ornate crosses used in religious ceremonies. Before sunset, a huge pyre in the centre of the square is lit. The bonfire signifies the efforts made by St Helena, the mother of the Emperor Constantine, to find the cross while in Jerusalem in the 4th Century. The smoke from that fire pointed to the place where the cross was buried. St Helena is then said to have given pieces of the cross to all the churches, and the Ethiopian Church still claims to have its own piece. 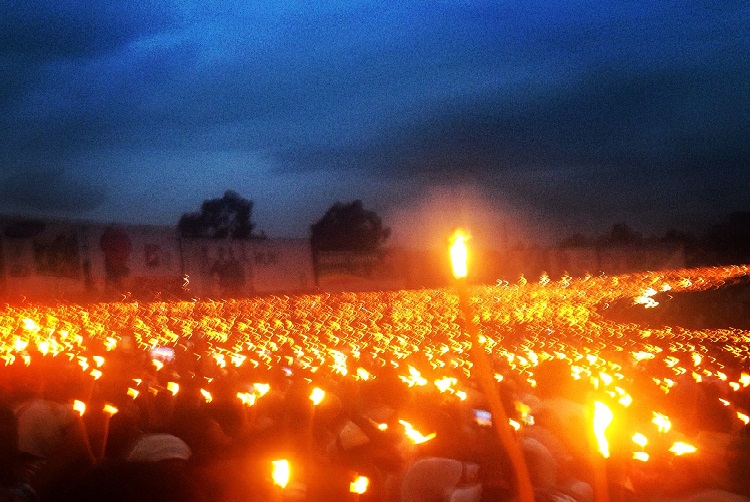 The Timket Festival – celebrating the epiphany – is one of the grandest occasions amongst Ethiopia’s Orthodox Christians. The celebration occurs on the 19 of January and commemorates the baptism of Christ. The event comes 12 days after the Ethiopian Christmas (also referred to as Gehenna) with lots of interesting features. The highly revered festival is considered a period of religious sanctification and spiritual revival amongst the orthodox Christians who take the chance to give thanks to God for spiritual nurturing. One of the most significant parts of the Timket Festival is the ‘Tabot’. The ‘Tabot’ is a term in Amharic used to refer to the Ark of The Covenant. During the Festival, replicas of The Ark of The Covenant are taken out from the local churches and carried through the streets making it a very colourful procession accompanied by children from Sunday school singing hymns and priests showing special choreographic moves with their praying sticks. 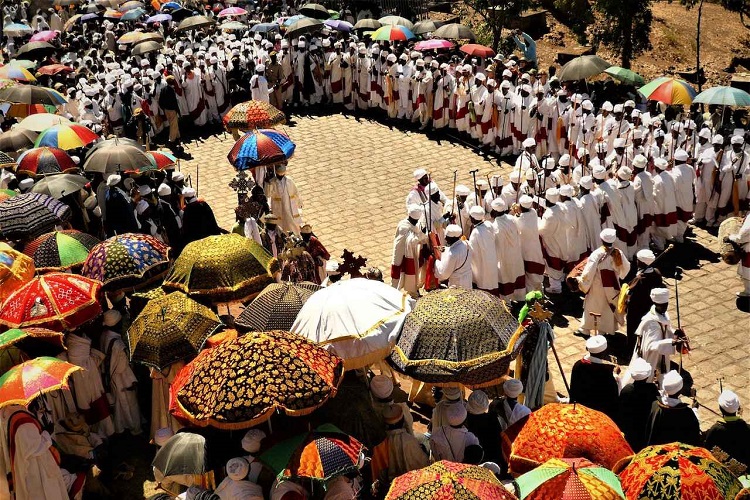